We are a family-owned company which has spent three generations devoted to the world of potatoes, from the farm to the consumer.

We are a family-owned company from Zaragoza which has more than 50 years of experience in the world of potatoesover three generations. We care for our potatoes, and this has led us to become the leading company in Aragón, committed to quality from the initial selection until the potatoes reach the end consumer.

Patatas Gómez’s history began back in 1963 with the opening of a modest retail store, which was joined by a small warehouse for wholesale potato sales. The entire product management and distribution process was conducted from these facilities.

Thanks to a philosophy of continuous growth and the quest for top quality, Patatas Gómez has never stopped growing and has gone through four different warehouses. Wholesalers since the 1970s, the company continues to evolve and meet the demand for potato exports. To do so, it undertakes improvements in its facilities, with the remodelling of the warehouse to get a larger production and stock capacity, as well as the purchase of new machinery.

One of the pivotal points in the company’s history came in 1995, with a new warehouse, the only model of its kind in Aragón and Spain, in addition to positioning itself in Europe with world-class facilities. Patatas Gómez focuses on innovation; in fact, it is a pioneering company in implementing technological processes to handle, select and package potatoes with one of the most innovative, specialised warehouses, which puts a finishing touch on the efforts begun by choosing the best land and top professionals to farm the potatoes. Furthermore, over the years, Patatas Gómez has maintained its mission of constant improvement by updating its facilities with all kinds of machinery until the entire process is automated.

“We take great care of our potatoes, and this has led us to become a leading, innovative, pioneering firm in implementing technological processes.” 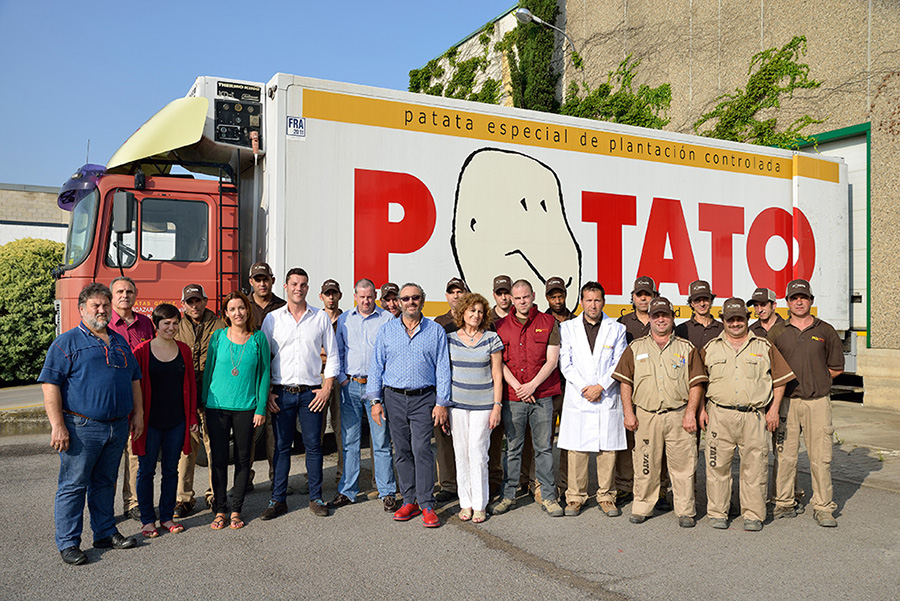 Today Patatas Gómez has new facilities in which everything is designed to store, care for and distribute potatoes to the highest standards all year round. After a major remodelling in late 2012, the Patatas Gómez infrastructures in Mercazaragoza were enlarged, reaching six stalls to sell potatoes which feature the new “Potato” brand image. This is not only an aesthetic but also a functional renovation which came in the wake of heavy investment in refrigeration.

“Potato”, the Patatas Gómez benchmark brand name, is synonymous with high-quality potatoes and encompasses a wide range of varieties carefully chosen for their properties and culinary qualities, as they best match the tastes and uses of Spanish consumers.

In its desire to diversify, today Patatas Gómez has added other wholesale products in Mercazaragoza. In addition to potatoes, it also commercialises onions, carrots, leeks, garlic and fruit, especially melons and citrus fruit.